The EU Is Testing Cosmetic Ingredients on Animals 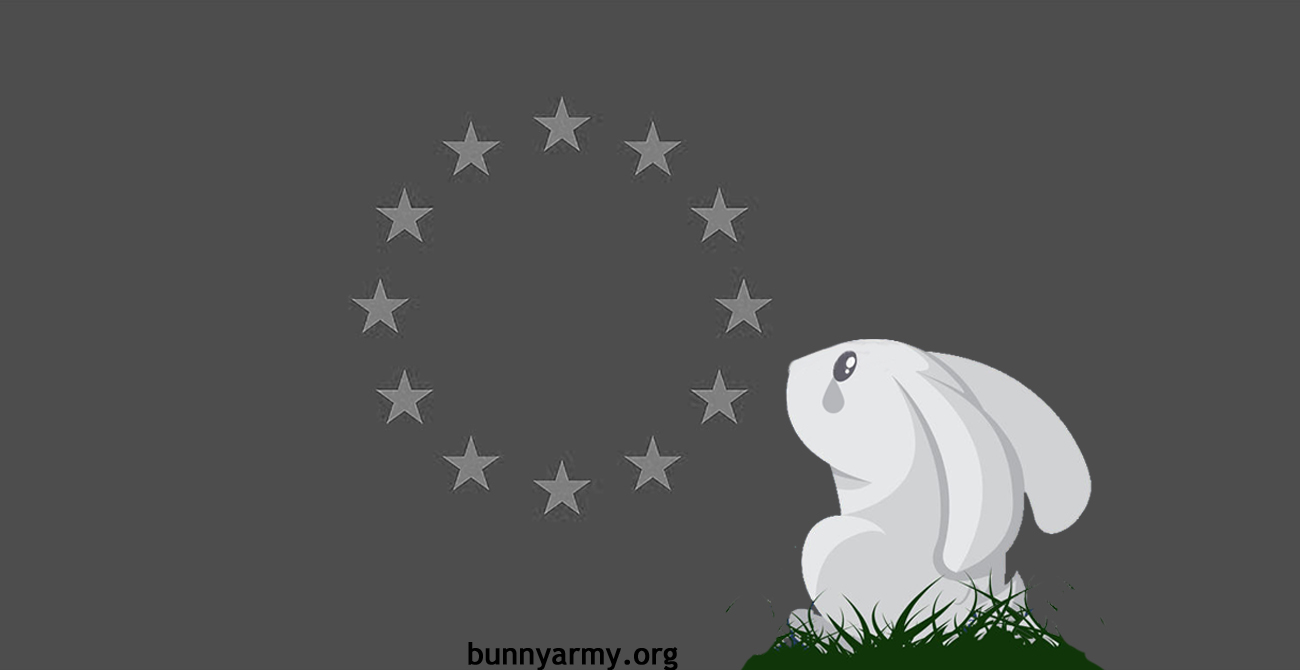 Despite the EU's ban on animal testing of cosmetics and their ingredients, the EU has been imposing such tests under its REACH regulation. A recent peer-reviewed study found the animal testing has been more extensive than known. This testing is opposed by the entire cosmetic industry, from manufacturers to consumers. Talk of a "turning point," where all align against this testing, leads to hope that this sad discovery may lead to a final end to animal testing.

Here's a summary of what they found, written by the lead author, who is Bunny Army's editor.

Cosmetic ingredients in the EU are being tested on animals under the EU chemicals law, called REACH, even though a different law, the Cosmetic Regulation, bans animal testing of cosmetic ingredients. (Read more about why REACH affects cosmetics.)

Why is it happening?

Why am I just hearing about this now?

The testing is buried in the REACH chemical files. Official EU reports on animal testing list the tests only as "industrial chemicals legislation" tests. There has been no public reporting of these as tests on cosmetic ingredients. An analysis of REACH files, just published, revealed the REACH animal testing of cosmetic ingredients is more extensive than was known and is expected to increase.

How bad is it?

A survey of products at two EU retailers, one high end and one mass market, found about 400 cosmetics that likely had ingredients tested on animals. The products included hair care, skin care, and makeup products. The brands probably do not know about the tests, because there is no current process in the EU to tell them. (Read more about the survey.)

Can this be fixed?

Yes. It must be fixed by the European Commission/Parliament, by amending REACH and the Cosmetic Regulation to ban animal testing of cosmetic ingredients for any purpose.

How can I still be cruelty-free?

What else can I do?

A coalition of EU groups is planning a large campaign soon, which you will be able to support. Stay tuned. We'll give you the details as soon as we get them.

You can also write your cruelty-free brands to show your support for them and to ask them to check their supply chain. Some may not have heard about the REACH tests, and you may be able to alert them to it. Ask them to share any updates on social media so that we can all keep informed.

Digging in the weeds

This stuff is complicated, and the short answers probably raised new questions for you. Here is extra information to help explain what is happening.

What are the loopholes in the Cosmetic Regulation?


What is REACH and why does it require animal tests for cosmetic ingredients?

REACH requires toxicity information about every chemical made or imported in the EU in a quantity above 1 ton/year.

Official guidance for REACH requires using animal methods only as a last resort. In reviewing the chemical information for 400+ cosmetic ingredients, I want to emphasize how impressed I was with how hard most ingredient manufacturers tried to avoid animal tests. But sometimes they ran out of options and were required to test to legally comply.

Here are reasons why:


If ECHA rejects a company's alternative method and requires the animal test, the company can appeal to ECHA and to a board of appeals, but it is high risk for the company. If they lose the second appeal, it can be the death sentence for their ingredient. They must start the registration process from the beginning again, and also provide the animal data. They can be banned from manufacturing or importing the ingredient until ECHA approves a new registration, which can take years.

If a product lists an ingredient tested for REACH, does that automatically mean the product was tested on animals?

We must consider this when deciding if a product includes an ingredient that was tested on animals under REACH. In the search of the two EU retailers, where we found about 400 products with ingredients likely tested on animals, we looked only for ingredients that we were reasonably sure were from the companies listed in the REACH file. We looked for:


Here's a little more information about that survey.

The survey of the two EU retailers looked for ingredients tested after the EU's testing ban. That was in 2009 for tests for local effects, like skin irritation, and 2013 for tests for systemic effects, like prenatal effects. That survey found about 400 unique products probably had ingredients that were tested after the ban. We also looked at all REACH tests on cosmetic ingredients since REACH testing started in about 2009, including fish toxicity tests that aren't covered under the cosmetic test ban. The number of unique products found at the two EU retailers jumped to about 900.

Although this is a lot of products, it's a small percentage of the overall inventory of these retailers, so we still have time to stop the total train wreck if the EU will stop the testing.

Yes. In fact, this sad moment may lead to a final end to such testing. The entire cosmetic industry, from manufacturers to consumers, is against this testing. And it is galvanizing industry to push back against it. The main trade group for EU chemical manufacturers published a joint statement with animal welfare groups urging the EU to maintain its promise to promote non-animal test methods. One industry representative called it a "turning point". We can help push it to the tipping point by letting our own legislators know that animal testing is unacceptable, and they must keep it out of any legislation they write, period.